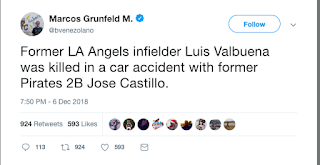 Terrible news out of Venezuela tonight.  Valbuena was a good player, having spent time with the Seattle Mariners, Cleveland Indians, Chicago Cubs, Houston Astros, and the Los Angeles Angels. He was 33 years old.  Jose Castillo played four seasons with the Pittsburg Pirates from 2004-2007, and spent his final year in MLB split between the San Francisco Giants and Houston Astros. Yet another reminder that baseball is ultimately just a game, and that there are more important things in life. We are all mortal and should cherish every moment.
Post a Comment
Read more 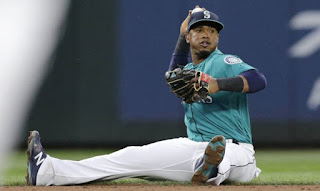 Another official Mariners trade - Seattle is sending Jean Segura, Juan Nicasio, and James Pazos, and one million dollars (to cover Segura's trade bonus) to the Phillies in exchange for J.P. Crawford and Carlos Santana. Though the trade has been rumored for the past 24-48 hours or so, people were eagerly awaiting to hear the official details. Well, the details are out, and both Mariners fans and baseball officials are confused and upset. For Philadelphia, the trade seems like a steal. They are receiving an all star shortstop in his prime, and signed to nice team-friendly contract. He can be a fixture in the Phillies' infield and lineup for years to come, while still allowing them ample room to sign free agents. Nicasio had a rough year marred by injuries, but may be able to bounce back in 2019, and in any case, he only has one year remaining on his contract. Pazos is a nice young, hard throwing lefty reliever who can get both lefties and righties out. Though he had a rough
1 comment
Read more 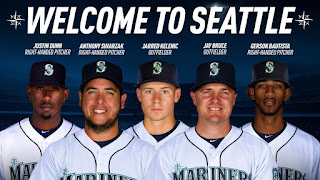 The Mariners and the Mets have officially announced their blockbuster trade, with the Mariners sending Robinson Cano and Edwin Diaz to the Mets in exchange for Jarred Kelenic, Justin Dunn, Gerson Bautista, Jay Bruce, and Anthony Swarzak. While many are portraying this trade as "the Mariners were so desperate to get rid of Cano's huge contract that they were willing to include Edwin Diaz," I'm not sure that's really the best way to look at it. The way I see it is more of two separate trades combined into one: 1) Robinson Cano and $20 million for Jay Bruce and Anthony Swarzak 2) Edwin Diaz for Jarred Kelenic, Justin Dunn, and Gerson Bautista With the Mariners in rebuilding mode until 2021 (probably), having Cano around didn't make much sense. While both Bruce and Swarzak had down years in 2018, neither's contract is particularly long that it would cripple the Mariners' planned rebuilding plans. The $20 million is included to help off-set some of
Post a Comment
Read more 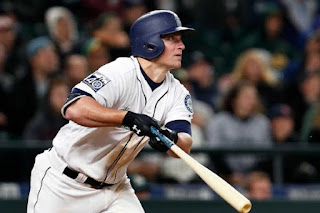 In light of the Mariners recent fire sale, with the trade of Robinson Cano and Edwin Diaz to the Mets nearing finalization, and the Mariners also strongly rumored to be in the midst of trading Jean Segura to the Phillies, Brewers fans have suggested the possibility of a trade for Kyle Seager: https://reviewingthebrew.com/2018/12/02/milwaukee-brewers-seager-trade-target/ I like this possibility. The Mariners are not a small market organization and can easily eat money from Seager's contract, especially since they are not expected to contend for the next few years. Eating money in exchange for prospects is a good idea for the Mariners right now, since prospects is what they need right now. Still, we can't expect any top prospects in exchange for Seager, but we can still expect the Mariners to get a decent return for him if they are indeed willing to eat a portion of Seager's contract. On a sentimental level, Seager is a home-grown talent from the Seattle organi
Post a Comment
Read more

Mariners find their catcher of the future: Omar Narváez 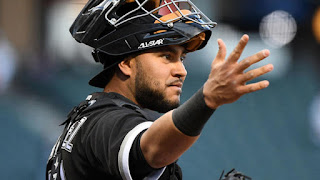 The Mariners made a trade today sending all-star reliever Alex Colome to the Chicago White Sox in exchange for catcher Omar Narváez. My initial reaction is that this is a fair trade. Colome is a good reliever with two years of control left, while Narváez is a young catcher who is team controllable until 2023(!). Narváez is better known for his hitting than his defense; although his defense is decent, he's no Mike Zunino. Offensively he doesn't have as much power as Zunino, but is an overall better hitter with a higher average and on-base percentage. Last year Narváez put up a .275 / .366 / .429 slash line, with an OPS+ of 120. Offensively, that's quite an improvement over Zunino. Narváez's weakness, though, seems to be in pitch framing. Perhaps Dan Wilson can work with him and Narváez can improve in this area. With the Mariners in rebuilding mode for the next several years, Narváez has ample time and opportunity to work on framing as well as his defense in genera
Post a Comment
Read more 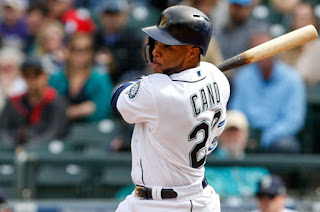 Dan O'Dowd, a former MLB general manager and current analyst for MLB Network, proposed a trade between the Mets and Mariners: The trade is being heralded by Mets fans, while being scorned by Mariners fans, including myself.  While the trade was concocted entirely by unreliable sources and has no actual potential of happening in a manner similar to what O'Dowd has proposed, it is still garnering a lot of attention, since baseball fans love trade talk.  Mets fans are wishing and hoping the trade comes true, while Mariners fans know that, in spite of however inept of an organization the Mariners might be, they would still never do something as stupid as this trade. Mets fans seem to think that the Mariners are desperate to dump Cano's salary, which is not the case. Cano still delivers All Star quality production, and in spite of his large salary, is a productive player. What the Mariners are really interested in is, since they are now starting a re
Post a Comment
Read more

Top 10 Prospects the Mariners have traded away under Jerry Dipoto